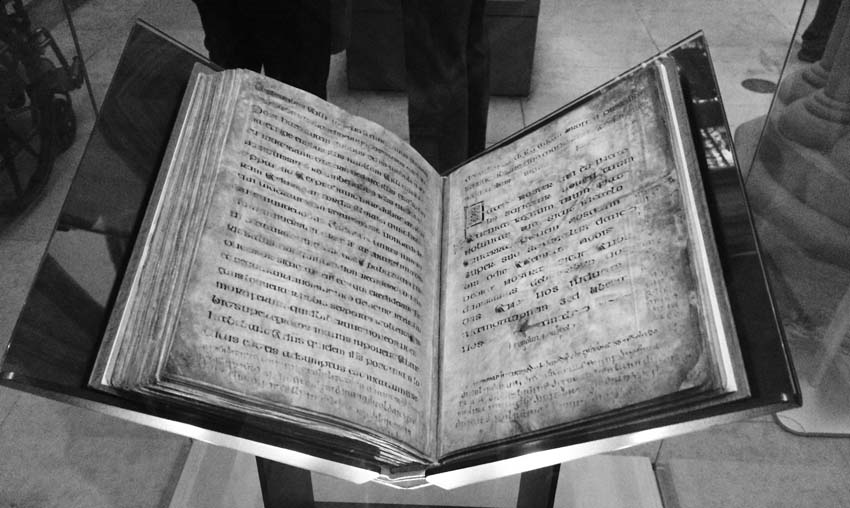 In the Chapter House of Lichfield Cathedral you can see The Saint Chad Gospels (formally known as the Lichfield Gospels and the St Teilo or Llandeilo Fawr Gospels) from the 8th Century.

The book contains the Gospels of Matthew and Mark and the early part of Luke, with the second volume disappearing at the time of the Civil War in 1646 when the library was ransacked and looted.

Notes made in the margins include some of the earliest known examples of written Welsh language and Latin.

The script forms strong links between the Lichfield manuscript and Northumbrian, Iona, and Irish manuscripts.

It is not known who wrote the manuscript. The opening folio contains a faded signature reading “Wynsige presul” which probably refers to the Wynsige who was Bishop of Lichfield from circa 963 to 972-5. Folio four contains a reference to Leofric who was bishop from 1020 to 1026.

The Bishops of Lichfield still swear allegiance to the crown on the Chad Gospels.